Torere Macadamias has had Activate Tairawhiti help to grow the business and progress plans for a regional co-operative, as it targets 50ha in macadamia trees here in 10 years — to rival Waikato as the country’s biggest producer.

A Gisborne business owner is a step closer to fulfilling her long-held dream of making the East Coast the nation’s biggest macadamia producer, thanks to assistance from the region’s economic development agency. Torere Macadamias co-director Vanessa Hayes says the company, which owns a nursery and orchard in Torere — about 25km from Opotiki, towards the East Cape — and a production and administration facility in Gisborne, applied to Activate Tairawhiti last year for a $5000 grant from NZ Trade and Enterprise to co-fund a feasibility report and information memorandum to promote the company and the industry, and open both up for investment.

Ms Hayes says this work will help take the family-run company to the next level. “It’s really a sealing of a relationship between ourselves and Activate Tairawhiti. “My perception of that relationship is that they are going to provide me with any advice or source any back-up I might require to establish the business more in the Tairawhiti region — to help me develop the business and a new food industry for the region. “Currently, there are only 3000 macadamia trees growing in the East Coast region and from those 3000 trees, 15 tonnes of nuts have been produced; we produced half of that ourselves. “I have a 10-year target projection to grow that 3000 trees in this area to 20,000 trees, which is around 50ha of land that will produce 300 tonnes of nut in shell.” That would equate to 100 tonnes of kernel to either add value to, or sell raw.

Raw macadamia kernels retailed at $35 per kg last year, earning $15/kg after costs; added-value kernels fetched $78/kg, or $30/kg after costs. Macadamia trees can be planted at about 500 trees to the hectare in this region, and start producing quickly — rising from 1-2kg of nuts (in shell) at three years old to 15-20kg at 15 years. 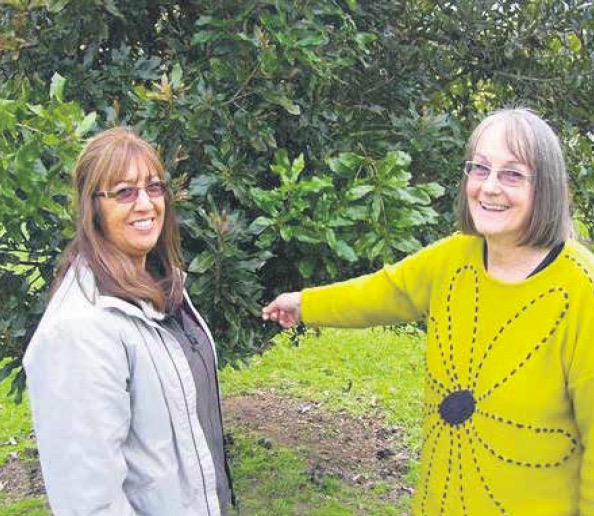 Torere Macadamias and the Poutama Trust